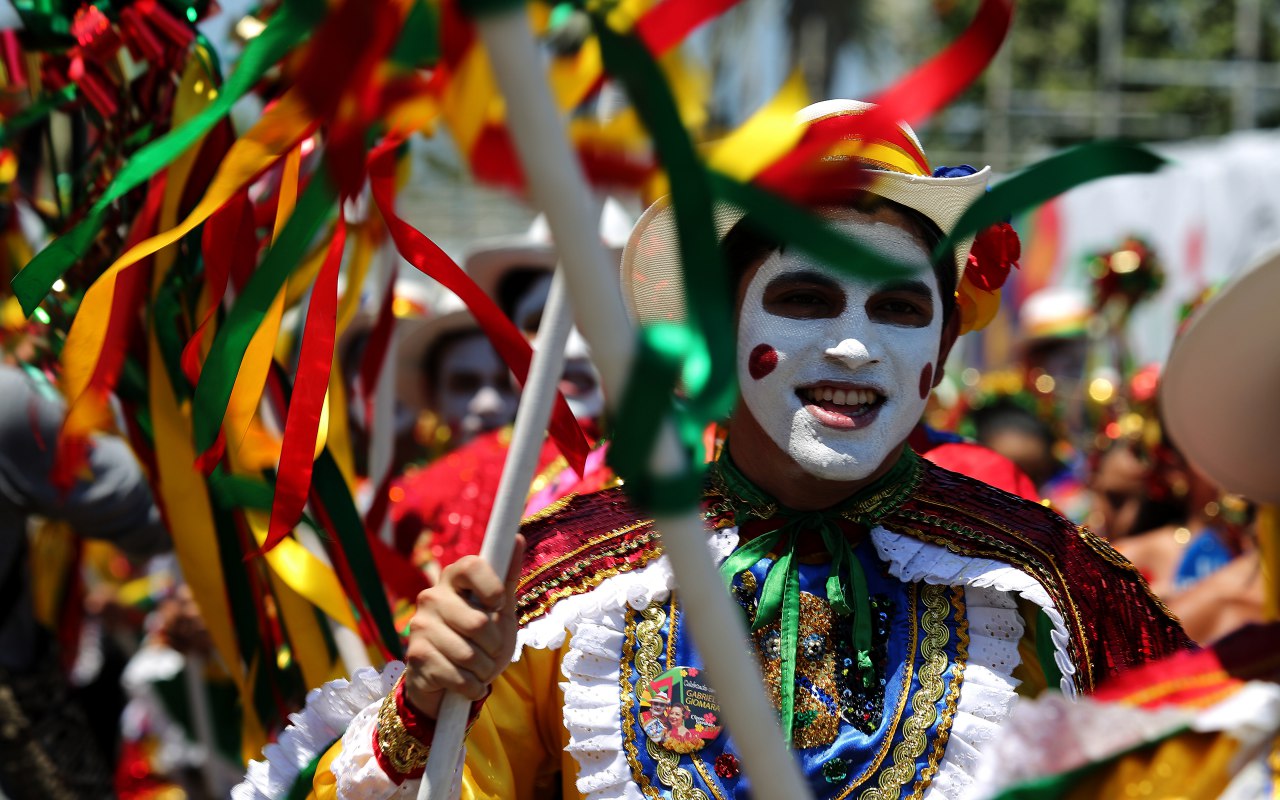 Colombian Holiday, Carnivals and Celebrations You Don’t Want to Miss

If there is one thing Colombians certainly know how to do, it’s celebrate! Here are some of our favorite occasions to take part in the Colombian festive and joyful spirit. If your travel dates correspond to one of these holidays or if you are considering a trip to attend a particular event, we will be glad to give you some advice. Please that on these occasions hotels fill up very quickly, so you might want to book well in advance!

Manizales Carnival at the beginning of corrida season – Manizales, in the Coffee region

The Manizales fair is worldwidely famous for its corrida season, considered as the origin of the bullfighting tradition in Colombia and the rest of America. It gathers the best toreadors in Colombia, South America and the Iberic Peninsula.

This “Carnival of White and Black”, registered as Cultural Heritage since 2002, takes place every year between January 4th and 6th at Pasto, an Andean city in the South-West of Colombia. It celbrates the cultural and ethnic diversity of the country, with its slogan “¡Qué vivan los Negros! ¡Qué vivan los Blancos!” – “Long live the Blacks! Long live the Whites!”

Every year in January, the beautiful fortified city becomes a luxury scene where come together the most important figures of Colombian literature, movies, journalism, music and other arts. Learn more here.

The Barranquilla Carnival, declared by the UNESCO as the masterpiece of Intangible Oral Heritage, is the most eagerly awaited event in the year, by Colombians and foreigners alike. For four days and nights, this cultural and folkloric event displays an incredible diversity of culture, joy, dance, music and entertainment. It is the third biggest carnival in the world after Rio and Venice, and has showcased many famous artists, like Colombian singer Shakira. Learn more here. 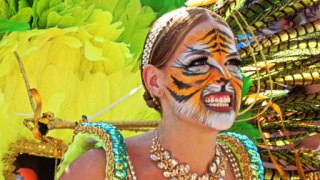 The yearly International Movie Festival in Cartagena is the only festival in the region specialized into Ibero-American movies, with the participation of a high-standard international jury that presents the best audiovisual productions in Latin America.

Several cities stand out for their religious processions during the Holy Week. The most famous ones are Popayan, Mompox, Pamplona and Sabanalarga – that being said, the Semana Santa is a strong cultural event in the whole country!

The Ibero-American Theater Festival in Bogota is the most important cultural event in Colombia and one of the biggest ones in the world for theaters arts. It takes place every two years in the capital of Colombia and gathers the most famous theatrical troupes on the planet, coming from all five continents. 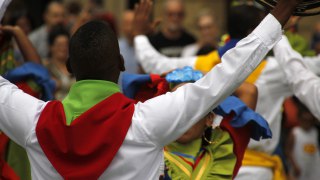 The festival generally takes place between April 26th and 30th in Valledupar, the capital city of the Cesar department. During a few days the city celebrates with parades, shows, contests and good music. Vallenato is a folk music genre and a well-appreciated dance, it was born on the Caribbean coast of Colombia.

Each year for a weekend between May and June takes place the main cultursal event in the Guajira department in the North of Colombia. The event takes place in Uribia, the biggest village of the Wayúu people in Colombia, celebrating their culture and heritage.

Every year in June, the inhabitants of the tiny and lovely village of Calarca located in the Quindio region in Colombia decorate the streets, houses and bacolnies with artefacts of their culture. They thus prepare highly joyful celebrations whose climax is the Yipao Contest Parade, with music and roaring applause.

Colombiamoda takes place in Medellin with the participation of important companies, international guests and the cooperation of Colombia’s best talents. This event has an incredible power for rallying people and it is also a privileged space to do business with European and South-American companies. 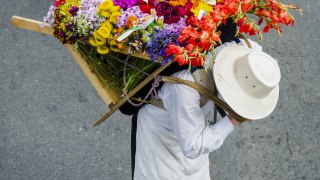 The “Flower Fair” lasts 10 days and takes place every year in the first weeks of August in Medellin, the city of eternal spring. This event offers more than 140 cultural, traditional and modern demonstrations such as: the National Horses Fair, the Orchestras Festival, the National Festival of Trova (improvised verses on a given topic), a procession of ancient cars, a dog parade, musical and cultural presentations, the Memory and Popular Songs Festival, the Woman Talent Contest, a chivas caravan (typical buses in the tropical regions, with windows without glass), the National Music on Wheels Constest, and many more. Learn more here.

September is more that the month of Love and Friendship. In Bogota it is also the month of Jazz, because at this period the Colombian capital fills with the romantic sounds of saxophones, pianos and trumpets in the style of New Orleans.

On November 11th, the city of Cartagena de Indias commemorates its independence as the first province to liberate itself of the Spanish crown in 1811. This event is celebrated in the whole country as it had a huge influence on the independence of the rest of Colombia.

Cali’s Fair is quite famous for its horse shows and bull races, its salsa dancing groups, its popular concerts and its great gastronomy.

In Colombia the night between December 7th and 9th is a unique moment. It is the night when all the streets in every city and village fill up with countless lights on sidewalks, baconies and terraces. It is the traditional Night of the Candles.

Christmas is a big date everywhere in Colombia, but nowhere else is it more impressive than in Medellin! For a week, the city illuminates with breathtaking sculptures of lights and colors, some reaching the size of actual buildings.