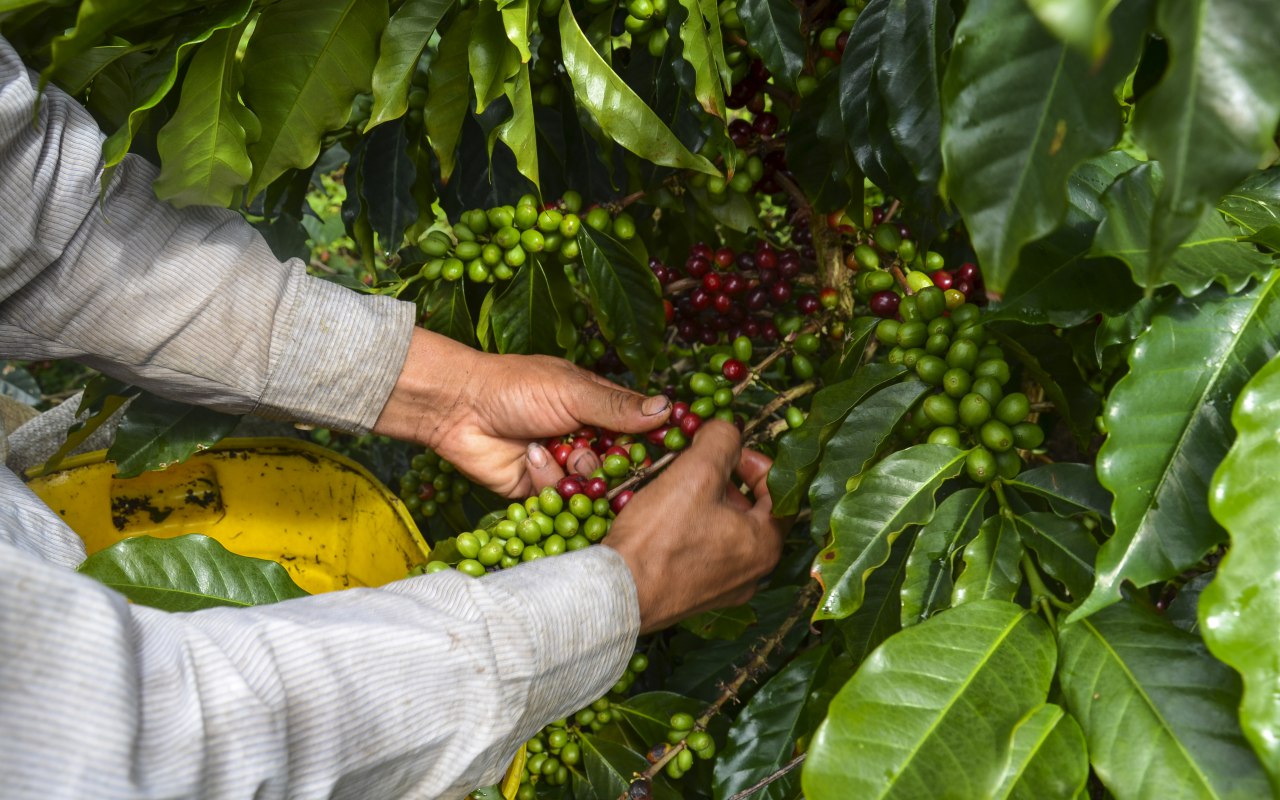 A handsome moustache, a sombrero, a poncho on his shoulders… Juan Valdez is a fictional character created in 1960 to serve as the emblem of the “Café de Colombia!” Known worldwide, this friendly and smiley ‘cafetero’, straight out of the imagination of advertisers, has also been embodied in flesh and blood for over fifty years by an actor. This advertising icon, with an incredible longevity, has made it possible to sell coffee made in Colombia to the four corners of the planet. In recent years, “Juan Valdez” has also provided his image to a chain of coffee shops.

The Bearer of Colombian Coffee 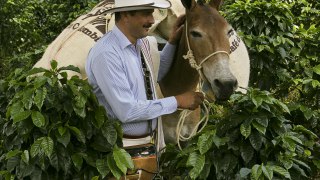 Juan Valdez’s birth certificate dates back to the late 1950s. The Colombian coffee sector was suffering at that time from a serious crisis, due to an international supply excess.

The objective was to design a communication strategy that would demonstrate that Colombian coffee, through its production process and quality, is quite simply… the best in the world!

The American advertising agency Doyle Dane Bernbach (DDB) won the contract in 1959 and created the character of Juan Valdez as the standard bearer of Colombian coffee. On the logo of  “Café de Colombia“,  Juan Valdez is always accompanied by his inseparable mule Conchita, and in the background, the Colombian Andes stand out.

As early as 1960, an advertisement with Juan Valdez appears in the prestigious New York Times. The text  “El café de Colombia se tomó a Nueva York” (In New York People drink Colombian coffee) is accompanied by a photo of the friendly and smiling cafetero. The success of this marketing operation was immediate, first in the United States and then in the rest of the world… so much so that, seventy years later, the popular Juan Valdez is still the emblem of coffee made in Colombia! 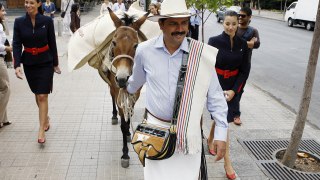 An exceptional longevity, to say the least, when it comes to an advertising image. In Colombia, the character may even be as famous as Shakira today!

This advertising campaign is considered by communication specialists as one of the most effective advertising strategies to promote a product–in this case, coffee!

But, this international advertising icon actually exisits… in the flesh! Juan Valdez has been represented in countless commercials (television, posters and more). First portrayed by the Cuban-born American actor Jose F. Duval and then the mythical Carlos Sanchez, a Colombian coffee grower, who, from 1969, played Juan Valdez, until his retirement in 2006 … after thirty-seven years of good and loyal service! 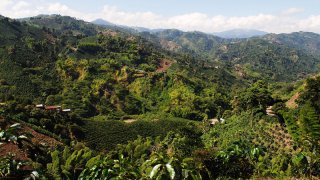 When a new Juan Valdez had to be found… The casting was worthy of that of a James Bond film! A meticulously written “Juan Valdez Guide” precisely defined the character’s characteristics: “a hard-working peasant, humble but persevering with a fierce connection to his family and his village”

Nearly 400 candidates were shortlisted. The winner was the Colombian Carlos Castañeda, a native of the Andes (from the department of Antioquia), 120 km from Medellín, who convinced the jury that he represented the “stereotype of the Colombian coffee farmer”: “a good family man, invested in the political life of his locality and a smallholder”. Today, he has the task to symbolize the country’s 500,000 or so cafeteros and, above all, to promote Colombian coffee worldwide.

Juan Valdez has come a long way since he was born. Now, he has a smartphone in his pocket: he is very connected, with his own blog, Twitter and Facebook account. He still appears on the logos of some 3,500 Colombian coffee brands. This logo identifies products containing 100% Colombian coffee and approved by the National Federation of Coffee Growers of Colombia.

In 2005, “Café de Colombia”  acquired the status of appellation of origin in Colombia. It became the first non-European Protected Geographical Indication (PGI) registered in the European Union.

In addition, the image and name of Juan Valdez has been intensively used by Café de Colombia in recent years. “Juan Valdez” gave birth to a Colombian coffee chain, created in 2002 by the Federation of Coffee Growers to compete with Starbucks coffee. 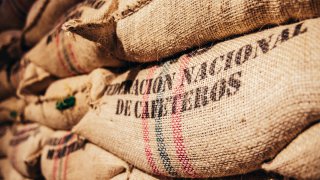 The company of Colombian planters now has about a hundred establishments, in South America, of course, but also in New York, Spain, Malaysia and South Korea.

The National Federation of Coffee Growers of Colombia : www.federaciondecafeteros.org 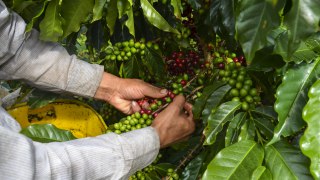