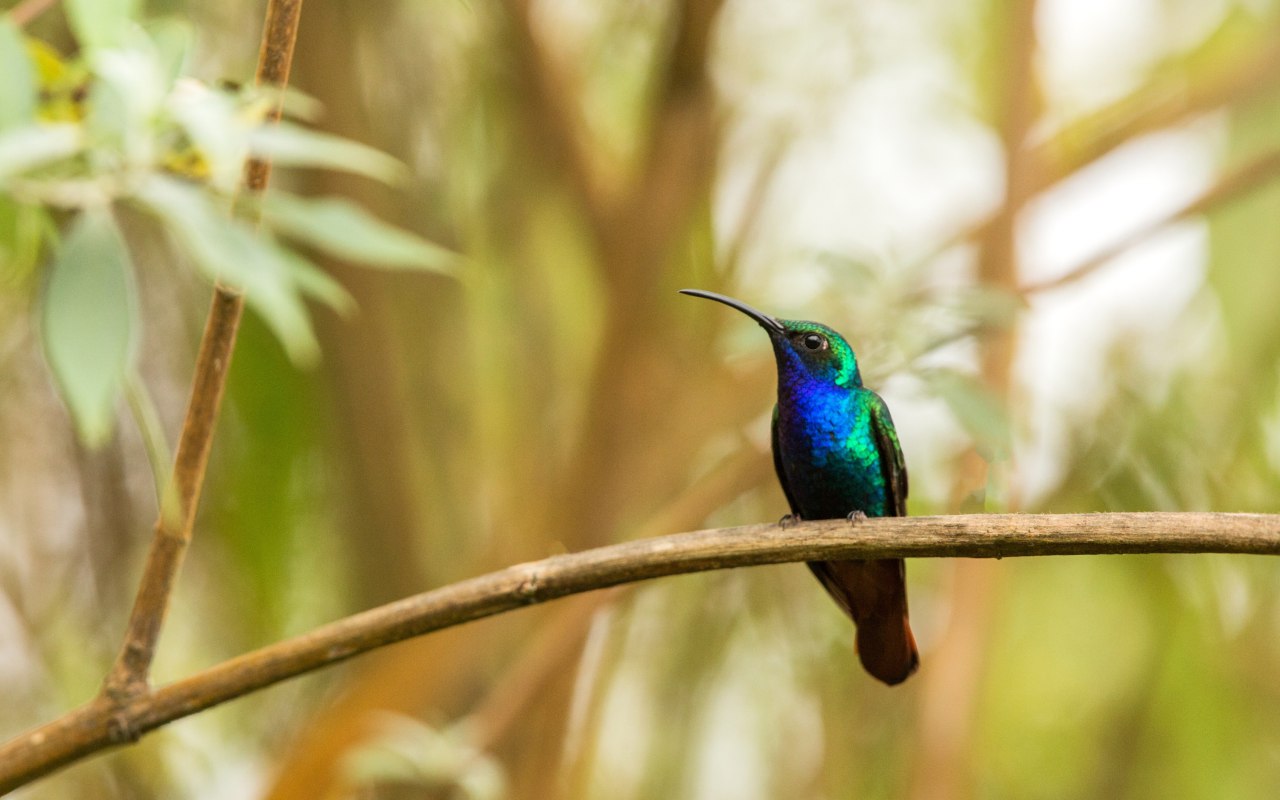 Colombia is a Bird’s Paradise (and a birdwatcher’s too!)

Colombia has the largest variety of bird species, many of which are endemic, in the world. Flying in the canopies or flying over the peaks, these birds represent a unique heritage that will take you to the heart of countless dreamy landscapes.

A waking dream that will resurrect your senses, caught in a storm of exotic colors, plumage, rustling of wings and chirping.

A Paradise of Varied Ecosystems

Colombia is one of the countries with the greatest biodiversity on the planet. Its tropical climate and its location on the equatorial line are conducive to the development of varied ecosystems. In short, this country is a true haven for a myriad of birds of all kinds. More than 20% of the world’s bird species are found in its jungles, mountains and plains, making it the world’s leading country for bird-watching. Colombia is an obligatory stage of North-South migration on the American continent and also has many endemic species. In all, there are 1889 different species on Colombian territory, 74 of which can only be observed in this country. Enough to delight both amateur and experienced birders alike… 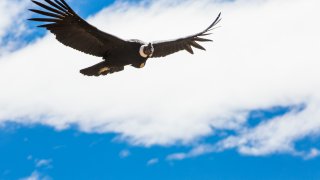 Although it can also be seen in other Andean countries, the condor is the symbol of Colombia. The largest bird in the world, with a wingspan of more than 3 meters, flies over the páramos of Chingaza or Puracé, and is very present in the heart of the Macizo Colombiano.

Recently, some specimens have been observed at lower altitudes, especially above the Cocora Valley, famous for its palm trees, the highest in the world. At the top of these giants is the Golden-cheeked Conure, an endemic species in danger of extinction, characterized by its emerald green plumage and its bright yellow fringe around the eyes. Inhabiting the foliage of the national tree, they have long been victims of the cutting of these palms coveted for their wax, which was used to make candles for religious ceremonies.

Colombia is home to several dozen different species of hummingbirds. Their rapid wing beats can be seen all over the country. They are particularly abundant in regions such as Antioquia, where a wide variety of flowers can be found, from which they draw nectar.
Hummingbirds in Colombia’s coffee region 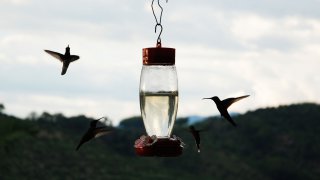 In Colombia, some specimens are absolutely unique. This is the case for example of Mitchell’s Hummingbird or Rumbito pechiblanco as well as the Olivares Emerald or Chiribiquete Esmeralda. The latter is mainly found in the Amazon region. It has a very short beak of brilliant bright color: it can be green, purple or blue. The Barbudito de los Nevados or Stubel’s Hummingbird is a rare specimen on the verge of extinction. It can be observed in the páramos of the Los Nevados National Park, in the heart of the humid plains at high altitude. 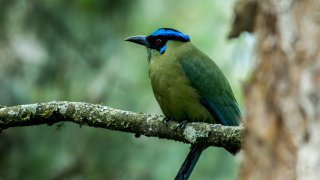 This specimen is unique to the Popayan region. It gets its name from its ability to dig tunnels in the cliff side to install its nest. From March to May, the couples deposit their eggs in the cavities, sometimes reaching 4 meters deep and 10cm in diameter, protected by the rock wall.

Sometimes nicknamed the pendulum birds because of the rhythmic swinging of their long tails, they are called Juru in the Chocó in reference to the deep, low sound they emit during the long moments they remain perched. Their two long hind feathers are topped by a crown of azure blue.

This is one of the most exotic birds you will see during your stay in Colombia … if you are lucky. Indeed, this noble and fearsome bird of prey is very difficult to observe as it nests in the foliage of the humid and tropical forests of the Amazon, the North of Chocó or in the Cauca Valley. Patience is required to be able to see this rare and swift specimen.

Although Quetzal is a rather widespread species in Central America, Colombia has 13 different endemic species. With its green and bright red plumage, it will charm amateur birdwatchers with the dances it performs gracefully, waving its tail with white feathers. It is common to see it in coastal forests such as in the heart of the Sierra Nevada de Santa Marta overlooking the Caribbean.

The Cacique chocoano or Oropendola is an endemic species of the Colombian Chocó. This magnificent little bird, dark black and bright yellow, will accompany you during your travels with its long chirping chirps. 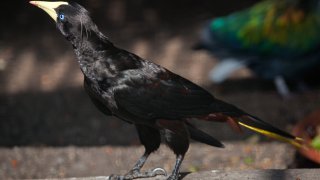 This species enjoys community life, so you will often see them in packs, leaving their nests hanging in the large baobabs. These sack-shaped nests, whose shape will surely remind you of the mochilas woven by the locals, earned them the nickname of mochileros (“backpackers”).

Unique, this carpenter-bird, or Colombian Woodpecker, shapes the trees of the Caribbean coast. With wood chips, it builds its nest. If you are awakened by the drumming of its beak, look through the foliage to see the red fringe above its skull, its trademark.

Strange-looking bird, the male carries a long wattle on his throat and a majestic crest on his skull, like an umbrella. Their jet-black plumage is strewn with bluish spots. Their courtship displays are particularly impressive. They’re most common in the Pacific region.

Colombia has a wide variety of Toucan species, some of which are endemic such as the Culirrojo for example or the Pechiblanco. 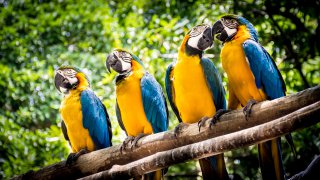 Colombia is home to some endemic species of Macaws, including the Guacamaya vermeil or militaris. Colorful and cheerful, these birds populate mainly the Amazon region.

A Heritage to be Protected

The conservation of these unique species is an important issue today since the increasing exploitation of natural resources, particularly deforestation, is putting their natural habitat at risk. Illegal hunting and trafficking are practices that must be regulated to prevent the disappearance of certain species. The importance of the development of responsible and sustainable tourism which, by its concern to make these rare specimens known, contributes to their conservation.

In February in Cali, attend the International Bird Fair of Colombia. A tribute to the 1900 species that populate the valleys and mountains of Colombia. Organized by renowned Colombian and international ornithologists, this event brings amateurs together around conferences, exhibitions or field expeditions and raises awareness of the need to protect rare and endangered species. 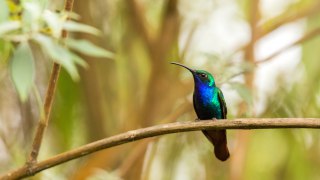