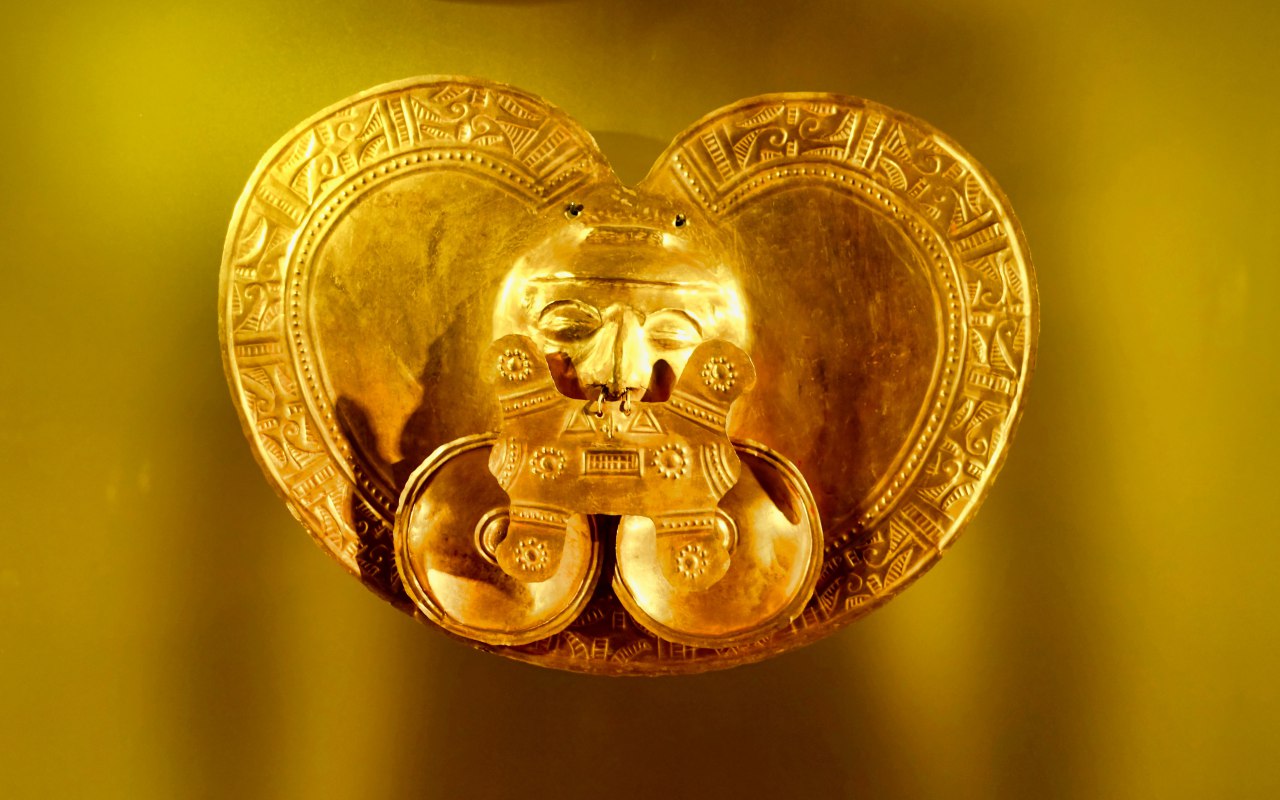 The Gold Museum in Bogota

In the heart of Bogotá, the Gold Museum of the Bank of the Republic of Colombia presents an extraordinary collection of finely crafted pre-Hispanic objects, providing insight into the relationship that indigenous peoples had with precious metals. Reopened in 2009 with a striking new scenography, this unique museum, which welcomes 500,000 visitors a year, is probably one of the most fascinating in Colombia. It’s not to be missed!

Today located in front of the Parque de Santander, in the heart of Bogotá, the Gold Museum was created in 1939 following the acquisition by the Bank of the Republic of Colombia of an extraordinary piece: the Poporo Quimbaya, an invaluable gold vase dating from the year 300 B.C., which was probably used for the various religious rites of the Quimbaya peoples (lime mixed with coca leaves was ground in it), who lived in the Cauca River valley.

Collections Unique in the World

Since then, the collections have grown considerably: the museum has about thirty-four thousand pieces of gold and tumbaga (an alloy of gold and copper), and nearly thirty thousand others in ceramics, precious stones, shells, bone, corresponding to the different indigenous cultures of Colombia: Calima, Muisca, Nariño, Quimbaya, Zenú, Tairona, San Agustín, Tierradentro, Tolima…. 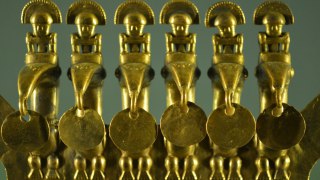 These rare pieces are a precious testimony to the goldsmithing skills of pre-Hispanic civilizations. Platinum worked by the Calimas Indians in the region of Tumaco, silver chiselled by the Pastos Indians of the region of Nariño, metamorphosed copper, filigree, lost wax technique, soldering by granulation.

The various objects on display reveal the extent to which indigenous peoples had an exceptional mastery of metallurgy… 1500 years before the arrival of the conquistadors.

The four large galleries that make up the Musée de l’Or focus in particular on the way in which the ores were extracted and the different techniques used to work the metals. Enter the museum and admire countless little wonders with lines drawn with incredible precision.

Probably the most striking place is the “Salon Doré” (the Golden Room), where 12,000 gold objects are displayed, glittering even more beautifully thanks to subtle lighting effects, accompanied by traditional music. 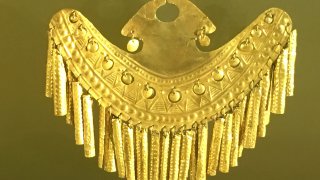 The real treasure of this museum is not the collection of precious objects in itself, but the thought behind that gave them meaning.
During the visit, you will learn how gold, linked to the Sun (for indigenous peoples, gold is the “Sweat of the Sun”), occupies a special place in pre-Hispanic civilizations: a symbol of power, this precious metal is above all intended for the political and religious elites of the various pre-Hispanic peoples.

Men saw in this matter, for its brilliant aspect more than for its value, the ideal means of expression of their philosophical and religious concerns.

The museum’s collections allow us to understand how Colombian gold gave birth to the famous myth of “El Dorado”, this legendary land that abounds in precious metals: a myth that appeared in the Bogotá region in 1536 and was passed on by the conquistadors, who were amazed by the opulence and mastery of the indigenous people’s gold.

Free for children under 12 and over 60.
Also free on Sundays. Closed on Mondays.

Since 1968, the museum has been housed in a building created just for it by Germán Samper Gnecco, who won the National Architecture Prize for this work in 1970. The Bank of the Republic sponsors other branches of the Gold Museum throughout Colombia.

Link the museum can be discovered on Google Art Project 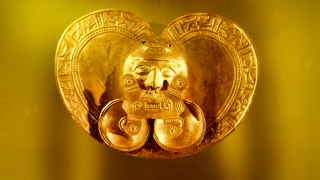